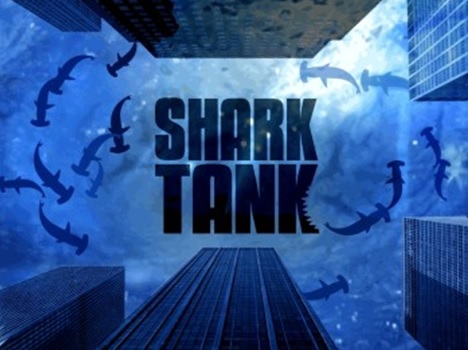 One of my favorite TV shows, no, I lie, it is my favorite, is Shark Tank. We watch this show every week, and it’s my favorite place to search for My Next Big Thing, MNBT, also known as my pet rock, MPR. As I said at the inception of this Blog: We all fantasize about latching onto something that will transform our lives from the grinding, mundane ordinary to a transformed life of purpose, passion, joy, comfort, and security.  I think my MNBT/MPR will involve art in some way and computers too, but I constantly keep my eyes and ears open for an opportunity that is just itching to be created by Bill and me right here in our little house in Dearborn Heights, Michigan.

Shark Tank is a good example of reality TV. Entrepreneurs come on the show and pitch their ideas for goods or services to a panel of wealthy investors. They may have only a prototype of a product or they may have a company already making millions in sales. They do their pitch for an hour and then it is edited down to about 10 minutes. Each show has 4 or 5 contestants. They are seeking cash support, but even more, they are looking for guidance, contacts, and flare from the Shark investors, who are all self-made millionaires from a variety of fields. One of the Sharks is actually a Billionaire.
There is a lot of jostling for some products with the Sharks competing for the more likely to win ideas. Sometimes the Sharks join up and go in together in supporting a company. Some of the contestants get no bites and leave empty-handed, but even they see a bump in sales after their exposure on the show. It’s a Midas touch for your enterprise if you are on Shark Tank.

You can read a lot about Shark Tank on Wikopedia, but I’ll give you a brief synopsis taken from Wikopedia. The show premiered in August 2009 on ABC. It is patterned after a program called Dragon’s Den that premiered in Japan in 2001. There are 8 regulars on the show, but usually only 5 appear at any given show. The regulars are Mark Cuban, Barbara Corcoran, Lori Greiner, Kevin O’Leary, Robert Herjavec, and Daymond John.  Chris Succor and Kevin Harrington are among guest Sharks. There have been 192 episodes since 2009 and the show was just renewed for a 10th season on January 8, 2018. You can find a list of all the episodes on Wikopedia.

As I said before, the Sharks come from many industries, but they are all rabidly attracted to innovation and scaling of businesses. They offer money and guidance in exchange for a percentage of the businesses. Here is a quick thumbnail for each Shark:
Mark Cuban is worth $3.3 billion and the owner of the Dallas Mavericks. He’s from Pittsburgh. He’s a serial entrepreneur and an investor. He scrounged up $15,000 while he was still in college in Bloomington, Indiana and bought a bar which became the most successful student bar in town. After college he was involved with Micro Solutions which he later sold to Compu Serve for $6 million. He “retired” for 5 years, bought a lifetime pass on American Airlines and set out to visit as many countries as he could. After that he came out of retirement and founded Audionet which was later renamed Broadcast.com. He bought the Dallas Mavericks for $280 million and it’s currently worth $1.45 billion.

Barbara Corcoran is from New Jersey. She is a real estate maven and a business consultant. She’s been on Shark Tank from the start. She’s written several books and she is a columnist. One of her books is “If You Don’t Have Big Breasts, Put Ribbons On Your Pigtails: and Other Lessons I Learned from My Mom”. She lives in Manhattan. She co-founded a real estate company called The Corcoran Group. In 2001, Barbara sold her company to NRT Incorporated for $66 million. She is worth $80 million.

Laurie Greiner is “one of the most prolific inventors of our time” according to Wikopedia. She has over 120 patents and over 600 products. She’s also known as the Queen of QVC and the Warm-blooded Shark. In 2014 Laurie invested in Scrub Daddy. On July 30, 2014 she sold more than 2 million of the sponges on QVC in one session. She’s from Chicago and she’s worth $50 million.

Kevin O’Leary has been on the show since the git-go. He’s a Canadian has an Irish father and a Lebanese mother. He was born in Montreal and now lives in Toronto. He is the down to brass tacks Shark who tells people with products he considers losers that they should take it out behind the barn and shoot it. He is a wine connoisseur and calls himself “Mr. Wonderful”. He adds a lot of humor to the show, and banters with the other sharks in a mock villain schtick. He’s worth$400 million.

Robert Herjavic is another Canadian. He moved to Canada from Croatia when he was 8. The family all worked on a farm in Croatia. He is worth $200 million. Robert is the cuddly Shark. He founded BRAK Systems in 1990 in the basement of his home and sold it to AT&T Canada in 2000 for $30.2 million. Like Mark Cuban, Robert also took a retirement and was a stay-at-home dad to his three kids for 3 years. Then he founded Herjavec Group which is one of the fastest growing technology companies in Canada. He was on Dancing with the Stars, and he’s written 3 books. Robert loves to collect and race cars and he lives in Toronto.

Daymond John is CEO and founder of FUBU,(For Us, By Us) a much-celebrated global lifestyle brand with more than $6 billion in sales. Now in his ninth season on the three-time Emmy award-winning series Shark Tank, John continues to challenge himself in all aspects of business. A New York Times best-selling author for his 2016 book, The Power of Broke, John's commitment to entrepreneurship has been celebrated on a global level. In 2015, he was named a presidential ambassador for Global Entrepreneurship and was part of an exclusive group who joined President Obama at the Global Entrepreneur Summit in Kenya, and traveled with the president on his historic trip to Cuba in March 2016.  Additionally, in 2017 John launched the creative executive co-working space, blueprint+co. Its mission is to educate and empower by building a community of like-minded entrepreneurs that can benefit from his resources and track record of success.

So that's the way it is at our house. We watch these folks every week, rejoicing in their successes with all the companies  they join in on, feeling sympathy for the people who don't get a deal from any Shark, and always watching for an idea we can adapt to create My Pet Rock. I hope you enjoy Shark Tank.

Popular posts from this blog 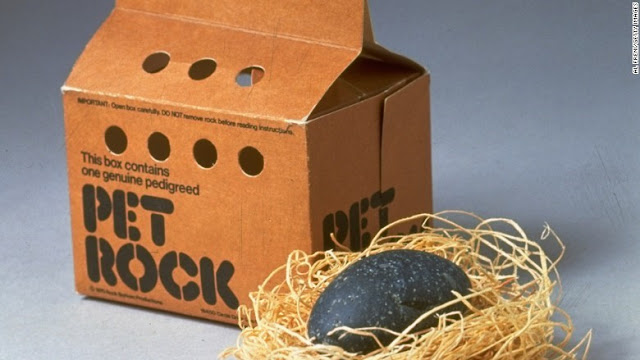